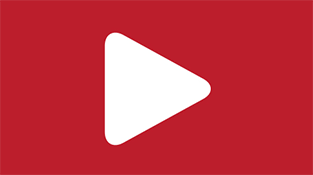 Since March 2020, a group of researchers from INPE and UFGM have been collaborating to generate sound information to support deforestation control actions in the Brazilian  Amazon, initially aiming at “flattening” the  2020 deforestation curve. Through this site, we will make the core results of such analyses available to a broader community, including input, intermediary and final products. Unfortunately, the deforestation process in 2020 has evolved so far as intense as in 2019. But we believe Brazil has proven possible to control deforestation in the past through concerted actions of the government, business and civil society, backed by sound science and the most reliable satellite monitoring systems in the world.  Shredding light to the social processes underlying the available data is the first and essential step to win this new battle.

Topic 1:  Who is deforesting and burning the Brazilian Amazon?

The answer is NO, as Table 1 summarizes. Considering the area of deforestation alerts as observed by INPE´s DETER system during the previous 12 months (from August 2019 to July 2020) that happened in areas with auto-declaratory rural cadastral registry (CAR),  67% happened in large to medium farms (i.e. more than 4 fiscal modules). Similarly, comparing the hotspots (evidence of ongoing fires) observed by INPE´s QUEIMADAS system (6), based on MODIS satellite data, in 2019 (January to December) in areas with CAR, 52% can be attributed to large and medium properties.

2. Which percentage of the fire hotspots identified by the Queimadas system can be linked to recent deforestation processes?

A synthesis of the results will be available at  Aguiar, Rajão et al, “Who is deforesting and burning the Brazilian Amazon?” (under review). Our results reinforce the conclusions of other studies conducted by IPAM and NASA.

We performed a series of spatial analysis to answer these questions, summarized in the tables and figure below. All the input, intermediary and final layers are available for download at: https://drive.google.com/drive/folders/1ySvdwMbeUoUoSghd6hGNaZIIBUccTbWH?usp=sharing 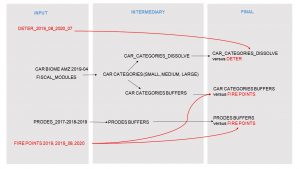